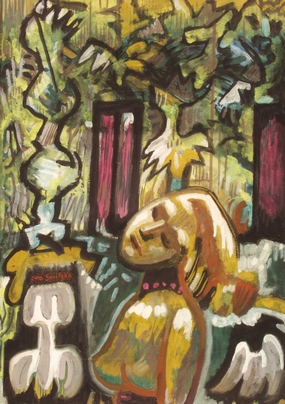 The melancholic girl (she is undated, but she can be included in the works from the 1960s) is painted with tempera on cardboard, Stritzka's favorite technique. The painting shows a modern young lady (with a pink necklace) in the middle of an unspecified baroque garden or park (stylized decorative vases) looking nostalgically into the vault of trees and shrubs. It is a confrontation of youth with the past tense and the inertia of nature - the historical and natural surrounding half-figure is intertwined with a stylized drawing in a kind of forest - an element.

Otto Stritzko (1908 - 1986) was a painter, graphic artist and illustrator, but he subsisted mainly on restoration. From 1940 he lived in the Old Kingdom. He studied at the School of Applied Arts in Prague with prof. Bendy and prof. Hoffbauera. He entered the art scene just before II. World War II, he is therefore a generational peer of the authors of Group 42, however, his work is connected with Catholic modernity. His wife was the daughter of the publisher Josef Florian, his daughter is Juliana Jirousová. His work combines impulses of modern artistic directions - Fauvism, expressionism, surrealism, symbolism. He was also inspired by folk art and, last but not least, the Czech Baroque. In the 1960s, it also absorbed the stimuli of abstract tendencies. The ability to combine genres is characteristic. His painting always shows strong coloristic abilities. In addition to the civil, religious and poetic lines of work, there are also works containing elements of distinctive humor. In the context of Czech art of the 20th century, Stritzka's work is an essential, not yet completely noticed value, which is caused mainly by the deformation of cultural activities during World War II and subsequently by the communist totalitarian regime - the period climate did not wish Stritzka's-type authors. 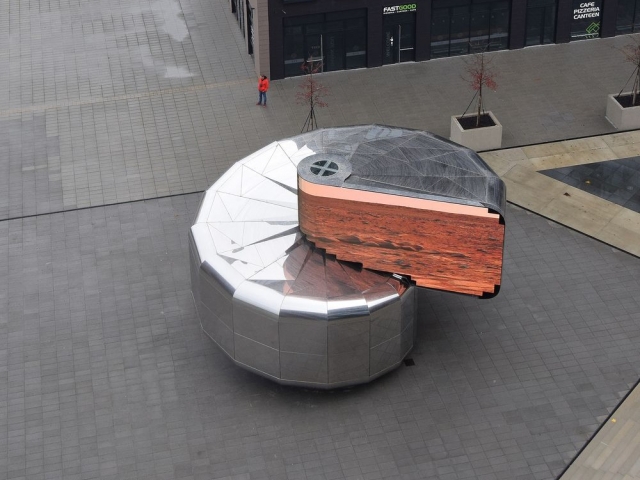 We met Jiří Příhoda in the Jihlava gallery, when he was preparing the visual style of the exhibition by Adriena Šimotová and Jiří John. This was followed by work correspondence and communication by e-mail (graphics for the Jihlava exhibition were created across the Atlantic). The demanding exhibition project was interrupted by the first anti-pandemic measures. The situation has changed and has not changed since the spring of 2020. Correspondence also takes place between two continents, with the difference that Jiří Příhoda has been spending a year in lock-down, as is already said in the Czech lands. "Now I am more worried about you at home," writes Jiří Příhoda in one of the March e-mails, "What the hell is going on there?" The world's media reflect the culminating epidemiological situation in our country. 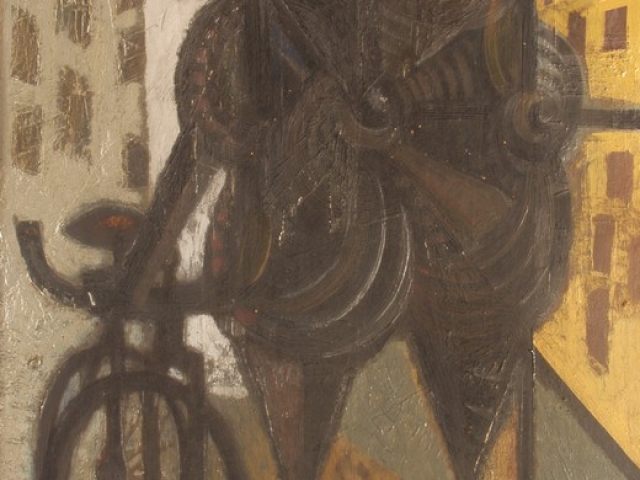 From the collections ... Bohumír Matal

One of the most important parts of the OGV collection in Jihlava, and thus its permanent exhibition, is the numerous collection of paintings of Group 42, whose members in the 1940s were the rising generation of young artists focused on the poetics of contemporary technical civilization. In addition to the works of František Hudeček, Kamil Lhoták, František Gross or Jan Smetana, the youngest member of the group, an important representative of Brno's post-war painting of the 20th century, Bohumír Matal, is also represented here.