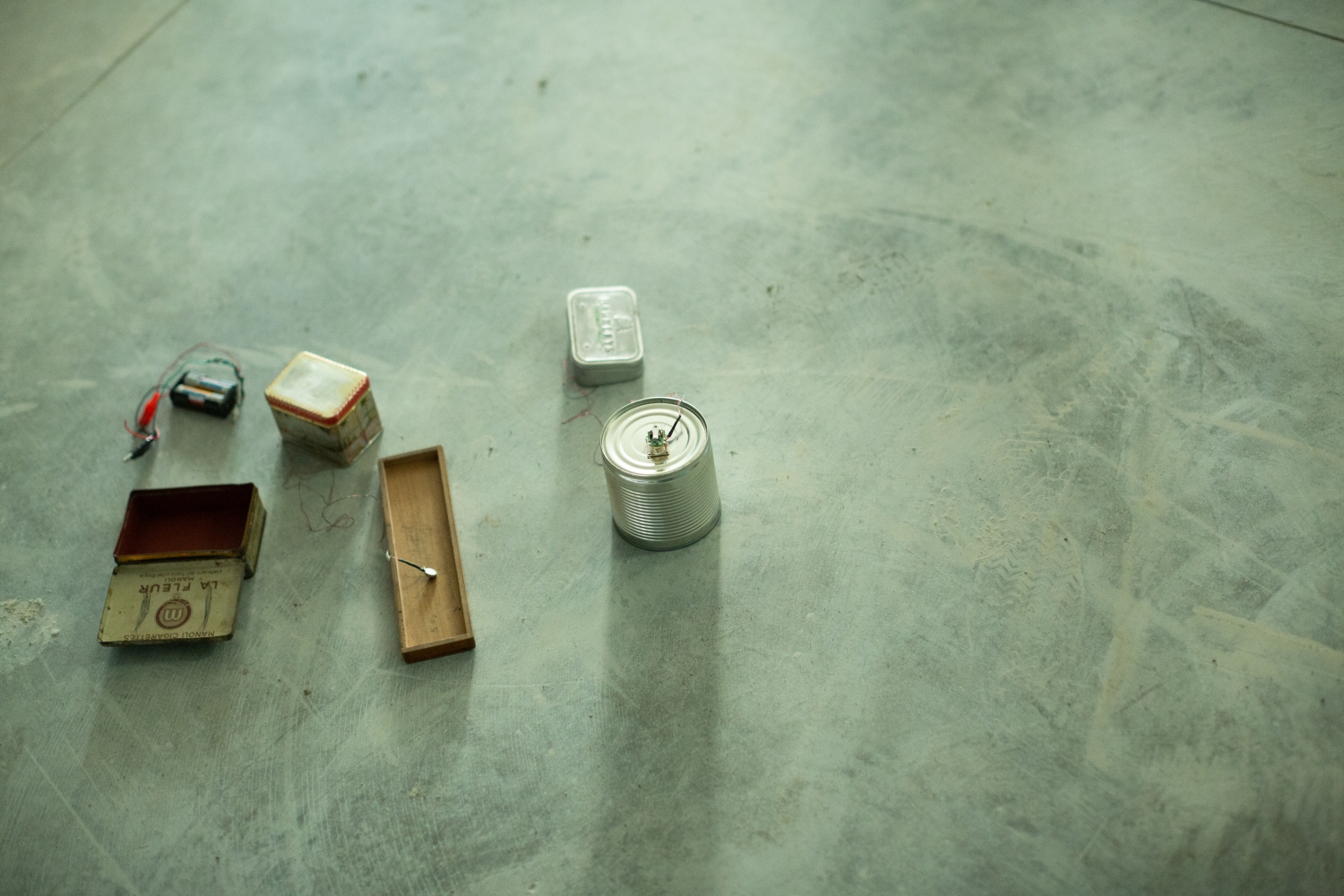 From the found objects and electroacoustic devices, the author creates temporary constellations in which everyday things take on new meanings and forms. In her hands, inanimate things transform into a kind of tiny robotic creatures, showing its own character and mood through movement and sound. The author finds a suitable sounding place for them, where they are stored, and lets them inhabit their own territory. Here - fed by the low voltage of a pencil battery or from an adapter - whispered and chaotic conversations follow in the form of small rotating movements and discrete rhythmic syllables, reminiscent of rustling, crunching, clapping, whistling, tapping, cracking or scratching. The apparent simplicity of insect acoustic and kinetic communication draws the viewer into the strange world of "menthol buzzers, one-eyed sirens, lemon tadpoles, ginger tigers, plastic beetles" and all sorts of other beetle squints.
The poetics of Maria Komarova's instruments and installations can remind us of various intertextual contexts: for example, a scene from the short text from Franz Kafka’s The Cares of a Family Man. Here we meet a strange creature, which - even in the German original - bears the Slavic-sounding name Odradek. It is a small living object composed of skewers, wires, spools and thread, which you can come across in some dark corner of the stairs of old Prague houses. According to Kafka, you can even start a conversation with him.

Many a time when you go out of the door and he happens just to be leaning directly beneath you against the banisters you feel inclined to speak to him. Of course, you put no difficult questions to him, you treat him - he is so diminutive that you cannot help it - rather like a child. "Well, what's your name?" you ask him. "Odradek," he says. "And where do you live?" "No fixed abode," he says and laughs; but it is only the kind of laughter that has no lungs behind it. It sounds rather like the rustling of fallen leaves. And that is usually the end of the conversation. Even these answers are not always forthcoming; often he stays mute for a long time, as wooden as his appearance.

The relationships of Maria Komarova's beetles can be found, for example, with the work of the versatile artist Petr Válek, who assembles the inmates of his wandering mechanical menagerie from found objects and model motorcycles powered by batteries, or a circus consisting of the most bizarre, jerky, spinning and creeping sheet metal and wooden rattles and rattles, which - like Komarova - Válek uses as musical instruments. Other - international - genealogies lead through the work of Japanese artist Rie Nakajima, musician and performer Tetsuya Umeda, Belgian musician and visual artist Pierre Berthet, to the iconic and complex Rain Forrest project by David Tudor.

Bio: Maria Komarova is a young intermedia artist, who graduated in graphic design in Minsk and is currently completing her studies at the Department of Alternative and Puppet Theater at the Prague DAMU. She deals with post-dramatic theater, scenography, and connects sound and fine arts. She is interested in working with small objects and ways to establish conversations with spectators and listeners in a theater or gallery. In her scenographic work, she combines technical properties with the aesthetic effect of things, where a visual element or sound serves as inspiration to open a performative situation. In her place-specific installations or during performances, when objects resonate and enliven the space, she uses hand-made and non-amplified DIY tools (so-called "beetles"). Maria is one of the founders of the PYL collective, co-organizer of the Performensk Performative Arts Festival in Minsk and the music group kaine anung. She lives and works in Prague. 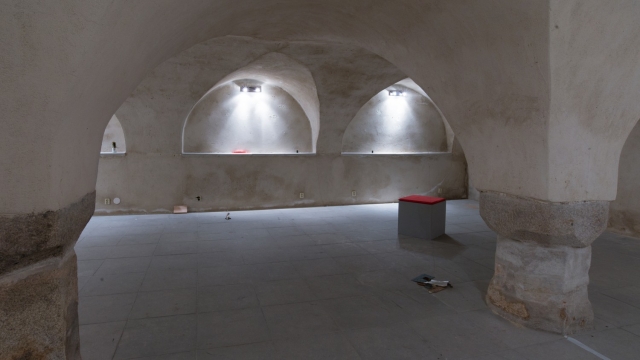 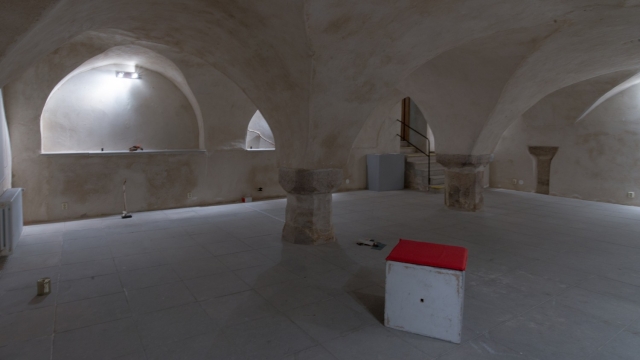 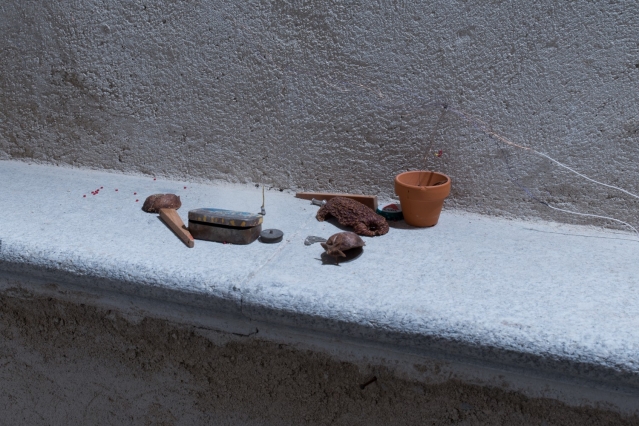 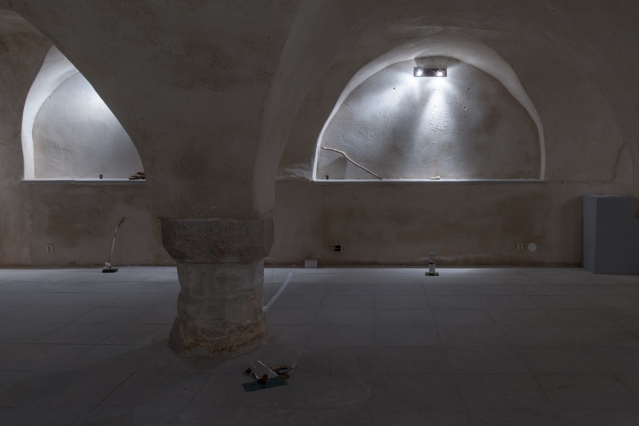