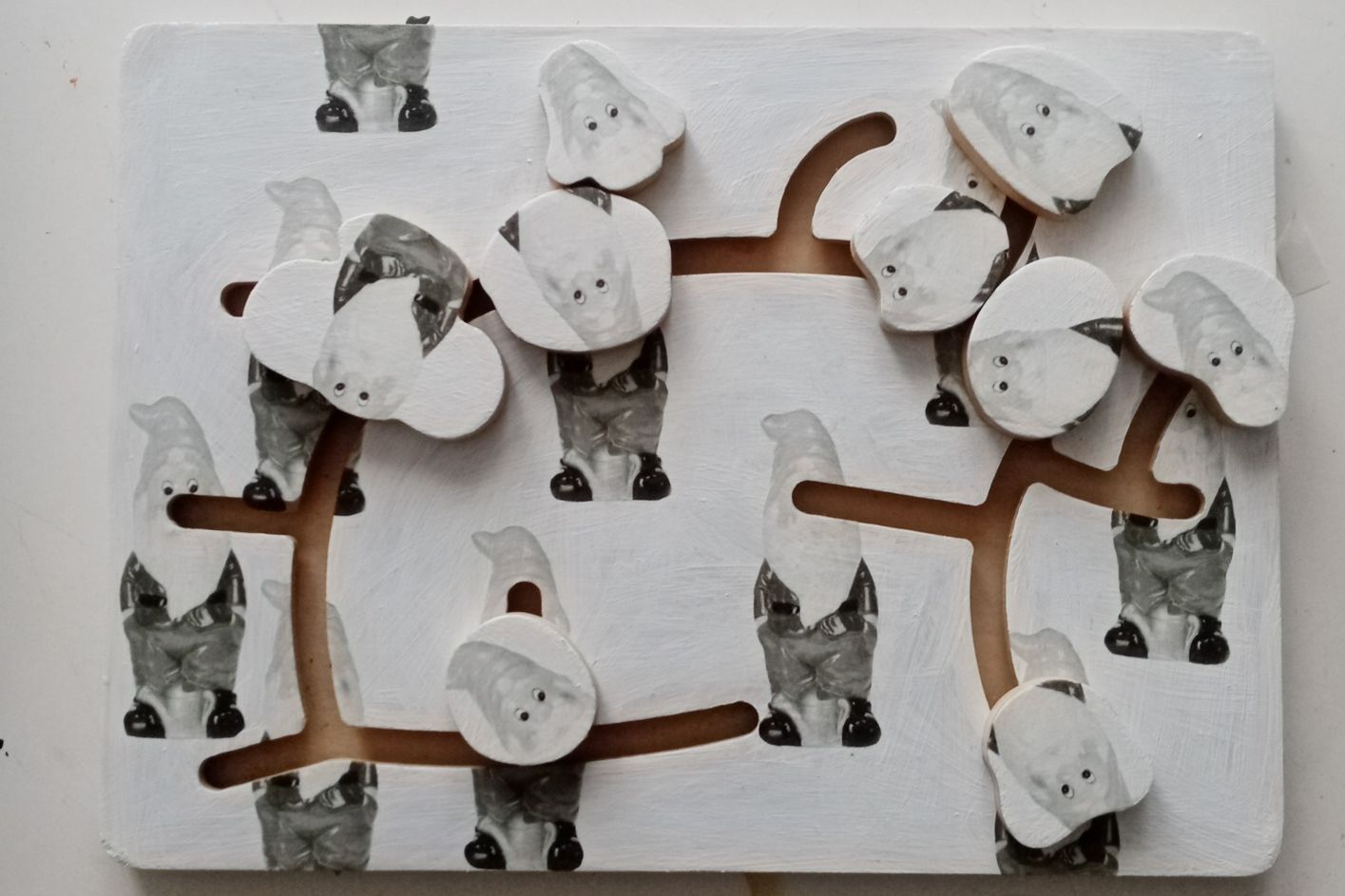 The Inner World of Jana Schlosserová is the first exhibition of the artist, established in the Vysočina region after several years. Her work is characterized by subtlety, minimalism and straightforwardness, supported by brilliant mastery of sculptural craft.
Jana Schlosserová (*1989) brings her changing inner worlds to the Vysočina Regional Gallery in Jihlava. Jana Schlosserová's work has several aspects and can be considered mature and - despite the diversity of materials and approaches - consistent. Although she was given only a very small space, otherwise intended for rather performative interventions, Jana Schlosserová understands the space thoroughly and presents the three most important principles of her current work. The first can be considered her transformation of children's toys into bizarre works of art, leaving the viewer in doubt whether they should feel insecure or whether they should accept the transformation into slightly horror, almost Burton-toned tones and settle in a chair, succumb to listening to pleasing sounding melodies coming from white carousels, books and toys. The possibility of sitting in a chair and being surrounded by pleasing sounds implies a moment of dreaming, stopping, stasis. Opposite the chair, Schlosserová placed a trio of brilliantly mastered sculptures: a faithful imitation of a doormat cut into marble, a faithful imitation of a paper flake of the same material. The whole is complemented by another from the series of mats, cast in cast-iron and so believable that the viewer must step on it to understand that it is not real.
The hapticism of the objects also continues in the third part of the exhibition in the foyer of the Igloo Gallery, where Jana Schlosserová placed three figural sculptures, responding to movement and created from Acrystal (The fickleness of the spirit I and II and Portrait).
Jana Schlosserová is a graduate of The Studio of sculpture II at the FaVU in Brno, as part of her studies, she completed an internship at the Accademia di Belle Arti di Carrara, Italy, and later also a study stay at the School of Visaul Arts in New York. During her studies in Brno, she ran the Jiří Putna Gallery, exhibited in Hungary, Los Angeles, New York and Prague. Returning to Vysočina, to Dačice, and changing her life from the ground up, was not the result of the pressure of circumstances, but a matter of decision: Jana Schlosserová describes the transition from the life of an art school student as a “bump into the wall… My work reflects my current world, which is mostly made up of children (at home and at work), household, garden, computer. The urge to create borders on obsession, but it cannot be stopped." In her intervention called "INNER WORLD" in the Vysočina Regional Gallery in Jihlava, she brought subtle interventions into the environment, which refer to the artist's everyday life and the transfer of her current life to the gallery environment. In Jana Schlosserová's work, two trends have long met: a reference to minimalism, direct quotations of reality with a feeling for the chosen - different, yet visually similar material, corresponding to postmodern sculptural approaches and reflections on the inner worlds, often referring to popular culture, computer games, electronic toys . It is strange to observe that these seemingly contradictory tendencies (postmodern minimalism, relativizing material and object function) and the creation of personal mythology, based on popular archetypes, taken from mass production and transformed by the artist's approach, do not contradict each other, but enrich each other . 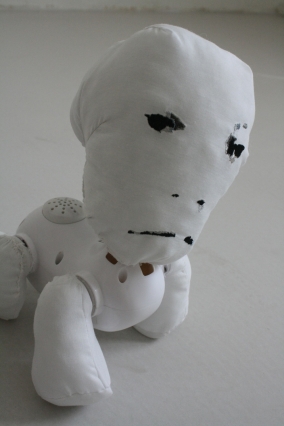 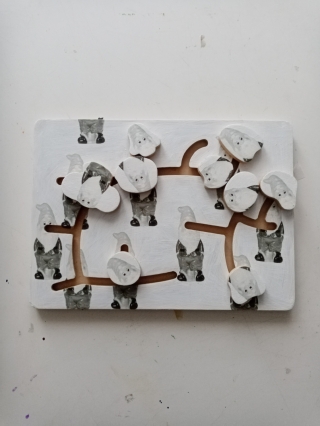