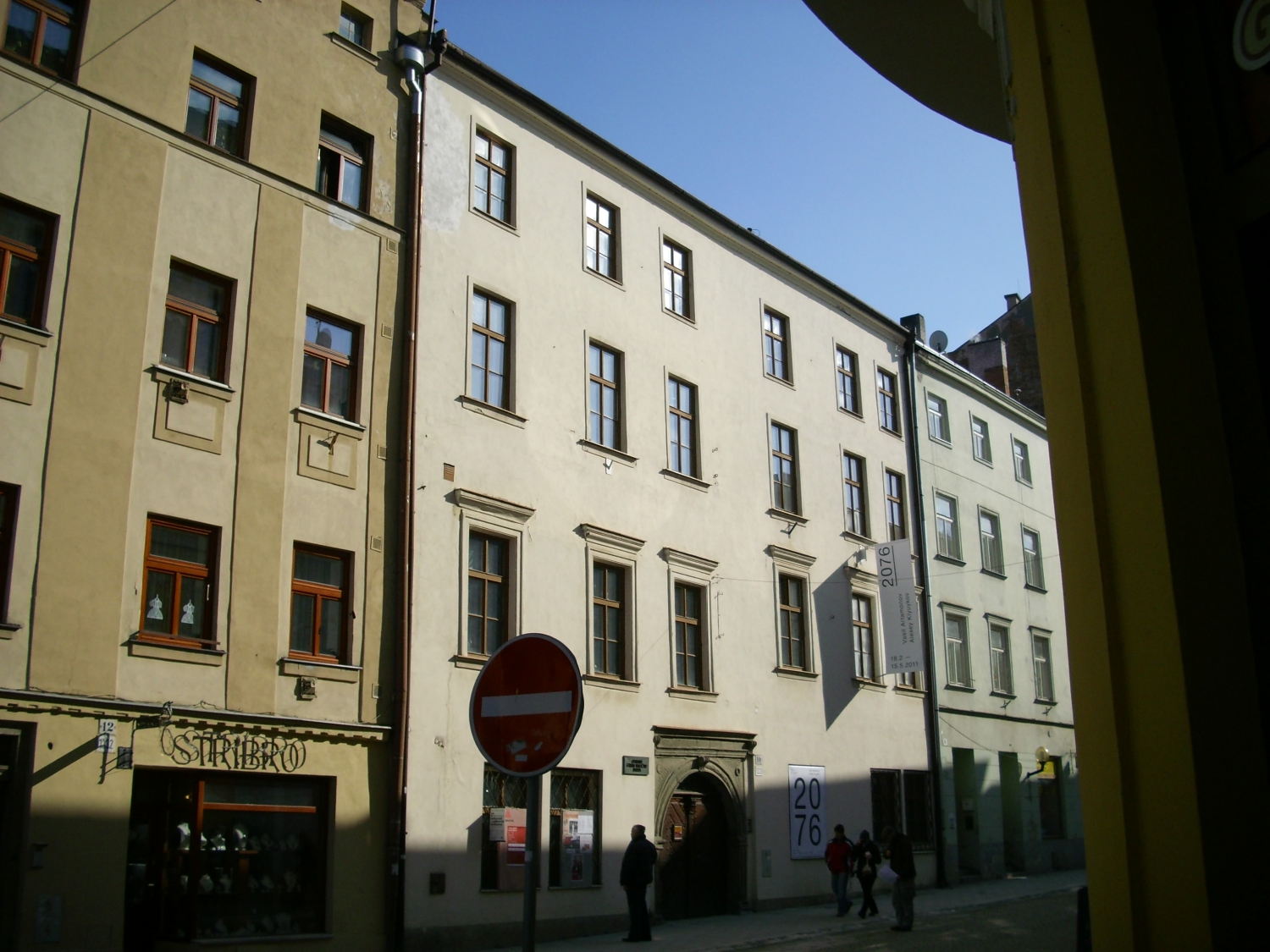 This question was tried to be answered by primary and secondary school pupils who, during the school year, took part in the educational program How was life in the Renaissance, which took place in the gallery building at Komenský Street.

In the 16th century, the house belonged to a rich and relatively important patrician from Jihlava, who had the house decorated quite spectacularly for a bourgeois class. A visitor who goes up to the first floor of the building is immediately struck by the beautiful painting in the vault of the stair hall. Angels playing musical instruments hover above them, as if protecting the house. This painting is unique in an urban setting and tells us a lot about the values ​​that were important to Renaissance man.

During their visit to the gallery, the students were transported to the 16th century and for a while they became wealthy citizens of Jihlava. They learned about the history of the building and the life of a middle-class person in the 16th century, designed their own house brand, and thought about what decoration of the vault would characterize today's times and have informative value for future generations. They then drew their design on paper and briefly presented it to others. 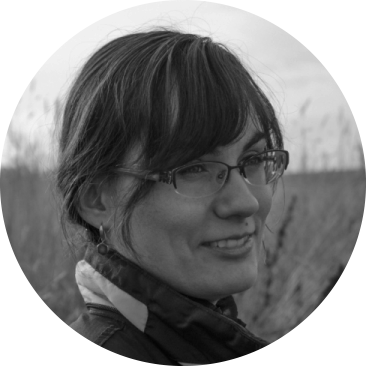 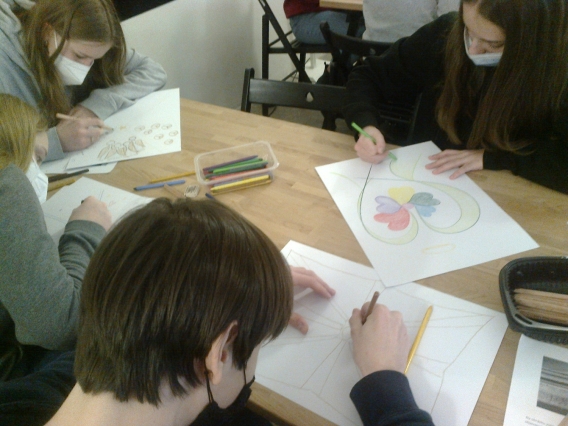 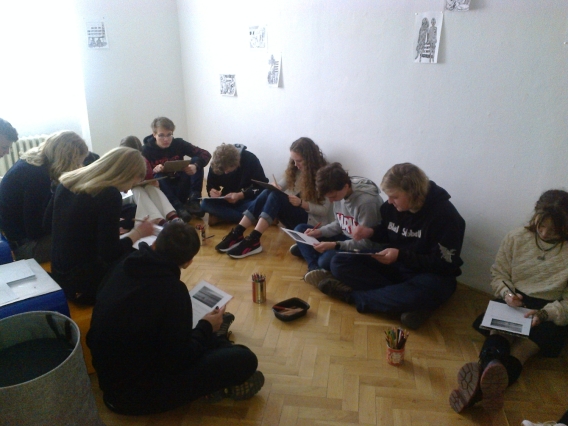 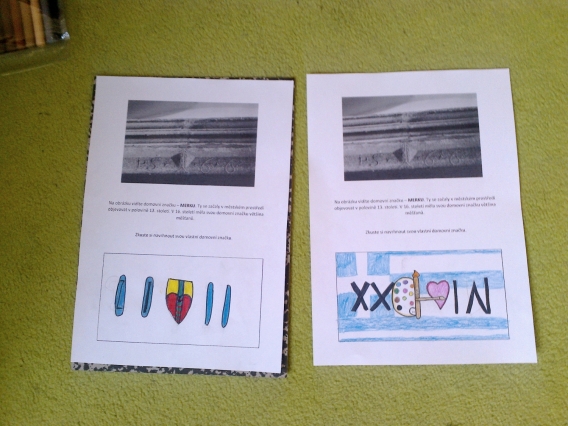 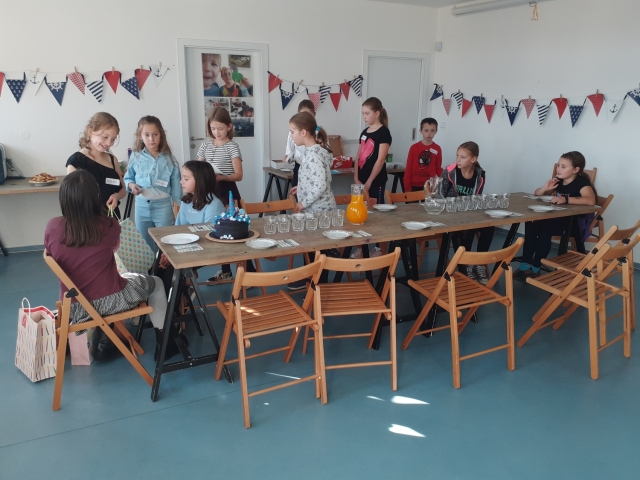 We have been holding birthday parties for children in the gallery building on Masaryk Square since 2017. 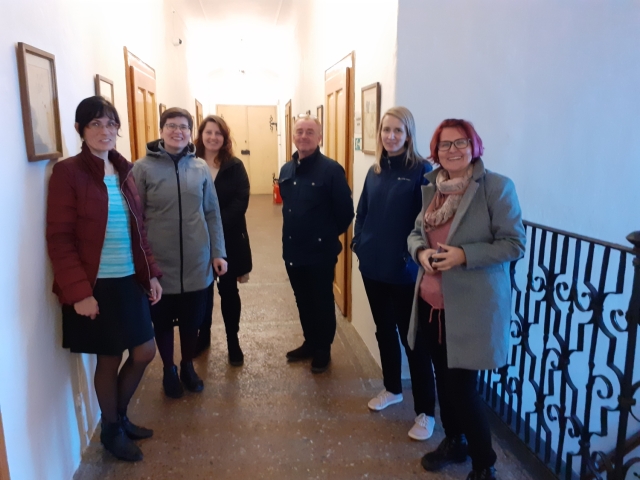 Meeting of educators from Vysočina

Just as museum and gallery educators from all over the country meet regularly, those from Vysočina also meet together. 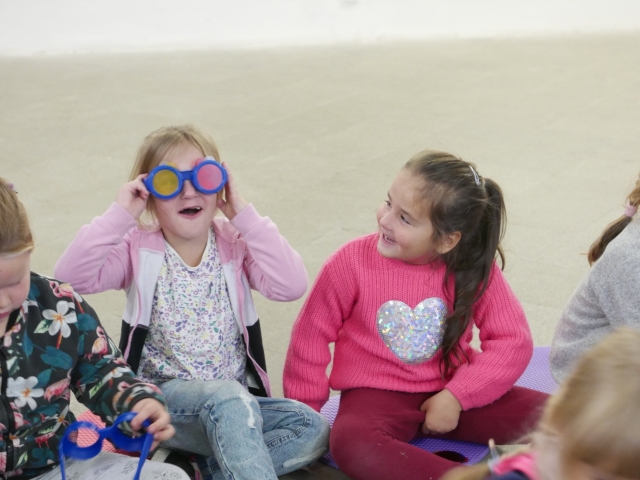 By eye, ear and hand

The new educational program, which we have been offering since September of this school year, was created primarily for the exhibition spaces of the Alternativa gallery and the IGLOO sound gallery, which are often neglected in education. 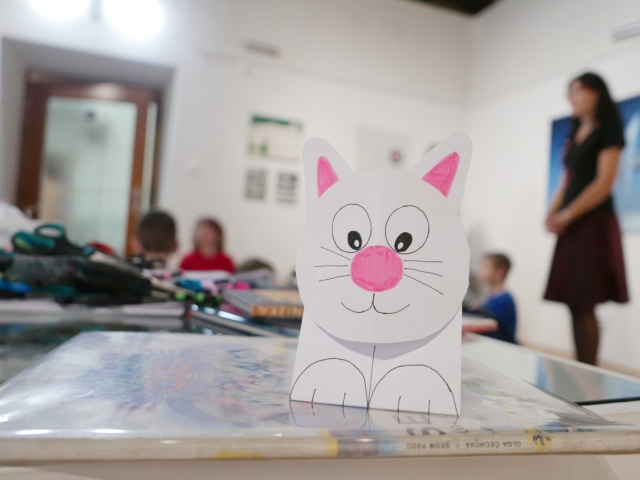 The program We will draw a cat, a mouse, we will bring a children's book to life, that we are offering at OGV this school year is based on children's books and children's illustrations. It mainly appeals to younger children from kindergartens and the first grade of elementary schools. 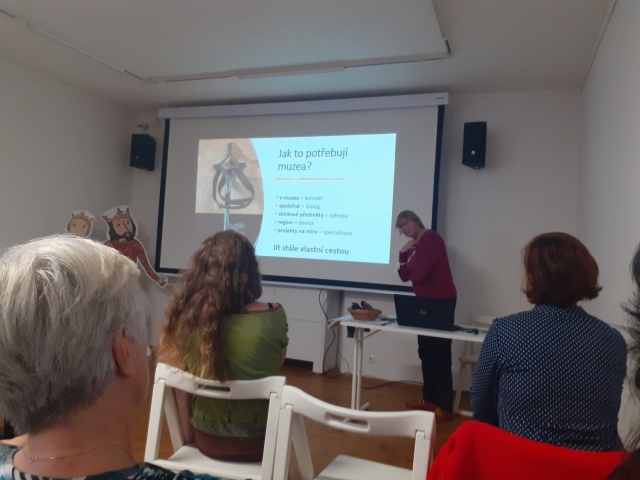 Museum for school, school for museum

The meeting of the working group for cooperation between museums and schools took place in October this year for the tenth time in the House at the Golden Ring in the Prague City Museum. 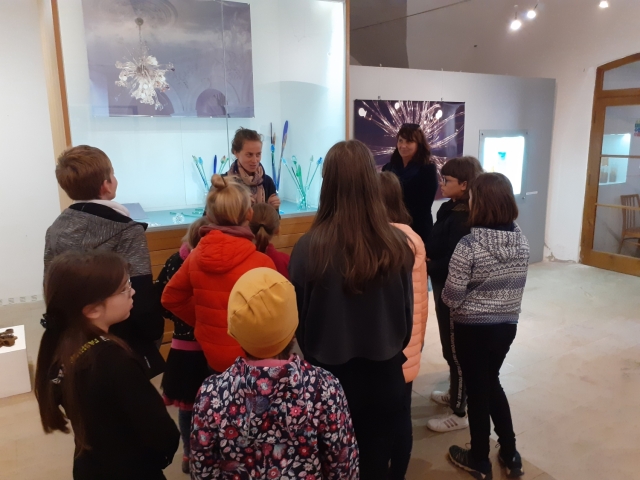 On Tuesday, October 11, I went to visit my colleagues at the Pelhřimov museum. They held a workshop of glass beads made of wound glass, which followed the exhibition entitled Heart, hands, prepared by the curator Hanka Zrno Vondrů.